Welcome to the homepage of the International Summer School Materiality, Collectivity, Diversity, Topology – Artists of the Coenties Slip!

The International Summer School takes place in July 2020 with participants and guest lecturers from all around the world. The research project is dedicated to a loose gathering of various artists who settled between 1956 and 1963 in dilapidated lofts at a harbour section in New York, the so-called Coenties Slip. Among them were Robert Indiana, Agnes Martin, Ellsworth Kelly or James Rosenquist, who later became known as famous individual artists.

In summer 2017 The Menil Collection already curated the exhibition Between Land and Sea: Artists of the Coenties Slip which was the first contemporary focus on the artists at the Slip. After noticing ‘The Coenties Slip’ within several biographies of e.g. Agnes Martin, James Rosenquist, Lenore Tawney or Ellsworth Kelly, this exhibition was one more impulse to look closer on an artist community that was, up to then, neglected by the art or scientific world.

The aim of the International Summer School is now to broaden the discourse not only about the artists themselves, who lived and worked at the Coenties Slip, but also about associated topics, that can be linked to the artists and their changes in work at the Slip. The key terms Topology, Collectivity, Diversity, Materiality and Production might not only expand the whole discussion in order to connect it to other artists, groups and theoretical terms. It will also be useful, to bring up central and well-known art-historical terms together with an unknown gathering of artists. On the basis of these research desiderata, (inter-)national Master and PhD students, scientists, curators and institutionally established partners will meet up virtually in July to discuss topological, temporal, material, participatory and collective issues.

If you would like to learn more about the international participants, the main research questions or the team of the International Summer School, you are in the right place on this homepage. Feel free to explore every corner and discover more about the artists of the Slip! 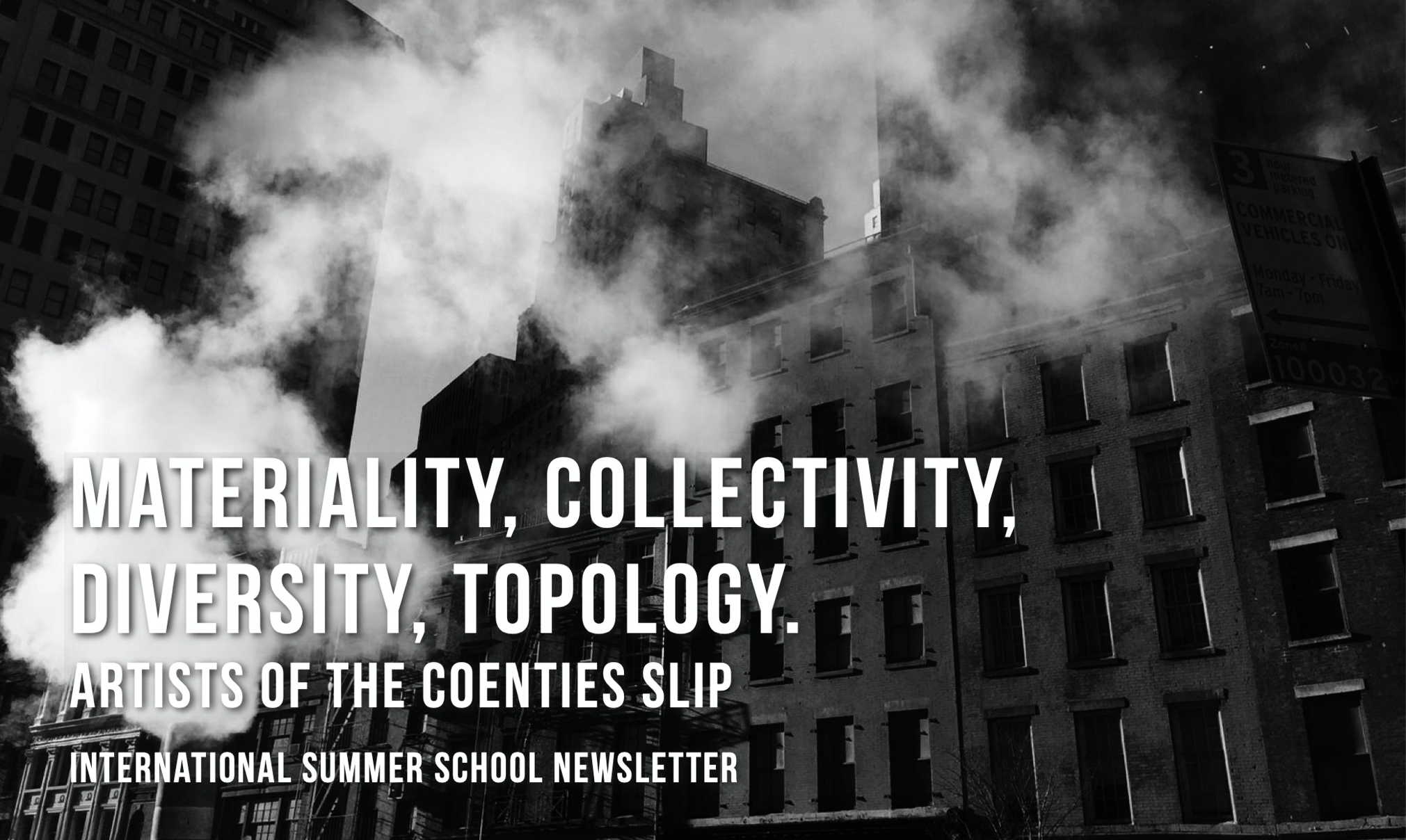